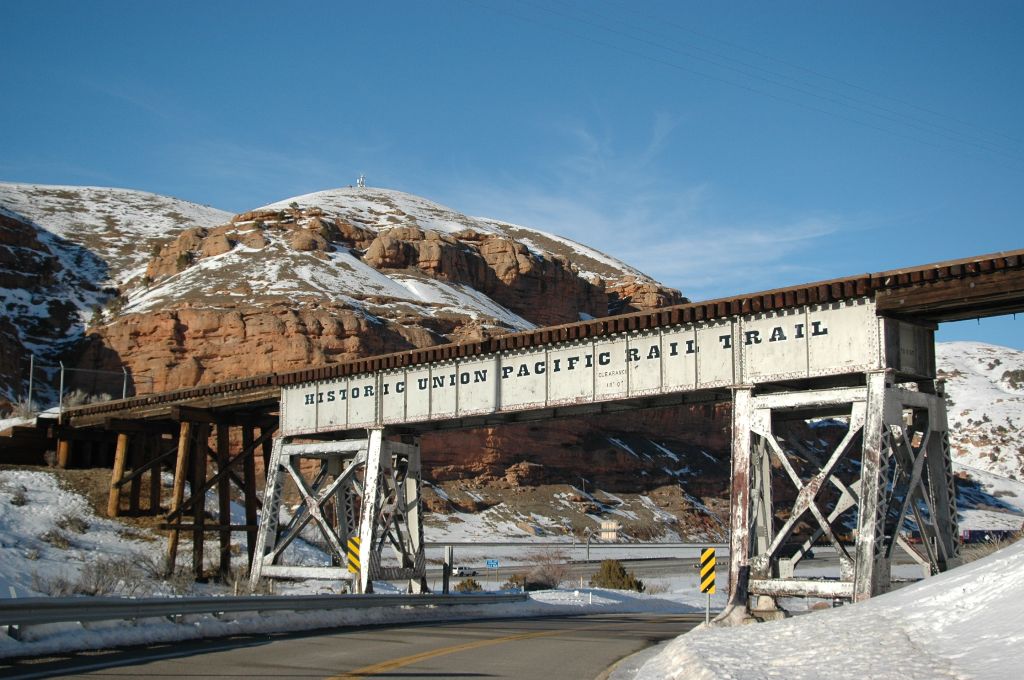 Utah was settled in the late 1800s when the industrial revolution was fueled almost exclusively by coal. One of the first acts of the pioneers was to find coal deposits near Salt Lake City.

The town of Chalk Creek changed its name to Coalville and became the county seat of Summit County by pioneers developing coal deposits in the area.

The Union Pacific rail to Salt Lake became one of the first railroads built in the state.

The Main Union Pacific Rail runs alongside I80. The historic line from Echo Junction to Park City was abandoned. The right of way was turned into a cycling route.

The trail is maintained by Utah State Parks Division. The trail is a nice cycling route as it is relatively free of traffic has a smooth grade designed for trains.