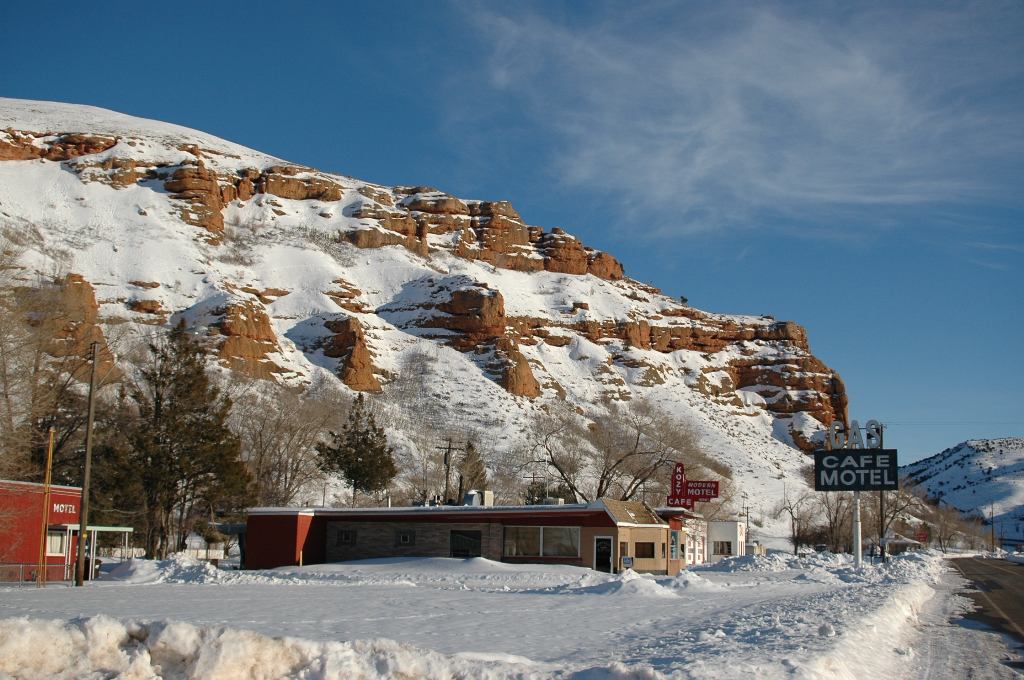 Echo Canyon was an important route on both the Oregon and Mormon Pioneer Trails. The canyon is noted for red sandstone walls and its ability to produce resounding echos. The canyon is the route of I80 Eastbound into Wyoming.

Echo, Utah is a census designated place between the intersection of I84 and I80 and the canyon walls. The 2010 population was 56 (not counting the people in the motel.)

The Echo Canyon Dam was built in 1931 on the Weber River just upstream from the confluence of the Echo and Weber Rivers. This Earthen Dam is 158 feet high. The reservoir covers about 1,400 acres and holds back 74,000 acre feet of water.

The reservoir is owned by the Bureau of Reclamation and administered by the Weber River Water Users Association. The lake's inlet is just Northeast of Coalville.

The lake is known for Brown Trout, Yellow Perch, Rainbow Trout, and Smallmouth Bass. There are a few brave souls who engage in ice fishing in mid winter.

Interstate 80 runs along the West back of the trail. The Rail Trail and Echo Dam Road run along the East side of the lake.